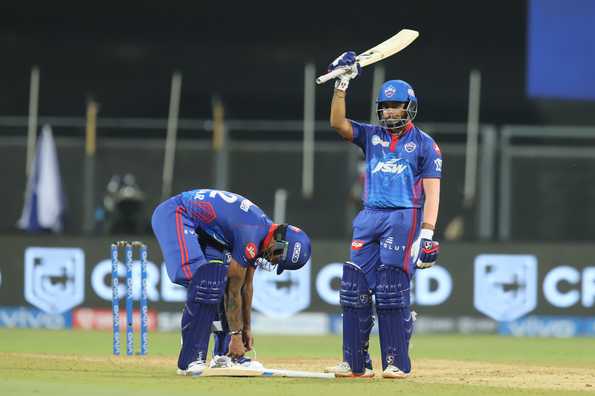 Shaw and Dhawan added 138 for the opening stand in the chase. © BCCI/IPL

The runners-up of the 2020 edition made a robust start to the present IPL with a powerful victory in their opening game against Chennai Super Kings in Wankhede, Mumbai. Despite a strong fifty on comeback from Suresh Raina, he was outclassed by Delhi Capitals’ opening duo later within the day.

Because of Prithvi Shaw (72 off 38) and Shikhar Dhawan (85 off 54). Delhi Capitals’ openers placed on a rollicking 138-run substitute under 14 overs to line up the chase. Shaw, continuing together with his good run in domestic cricket, was unstoppable from the outset – driving along the bottom and over – consistently against the pacers and lofting confidently against the spinners. He was supported equally by Dhawan, who gave little respite from the opposite end. A powerplay score of 65 allowed them to approach the chase with comfort thereafter
Why couldn’t Shaw and Dhawan be stopped?

Skipper MS Dhoni alluded to the dew factor playing a task , also because the pitch becoming slightly better for batting within the second innings. While CSK’s pacers – Deepak Chahar, Shardul Thakur and Sam Curran – were guilty of offering overpitched deliveries early , there was little else that was wrong about the execution. The duo of Shaw and Dhawan were simply a step ahead on many an occasion and achieved some audacious shots from either end to What clicked in CSK’s batting?

The freshness within the middle order was the foremost striking aspect of CSK’s batting. Suresh Raina and Moeen Ali placed on a quickfire 53 after CSK lost both openers on 7. The duo took Ashwin [4-0-47-1] to the cleaners and struck six sixes between them to offer CSK an enormous impetus after the initial setback.

Smashing a few of sixes and a boundary off his elder brother Tom Curran’s over, Sam Curran gave CSK an outstanding finish. along side Jadeja, Sam (with an unbeaten 34 off 15 balls) took CSK to a complete that looked par on a batting friendly surface.
Chennai Super Kings 188/7 in 20 overs (Suresh Raina 54; C Woakes 2-18) lost to Delhi Capitals 190/3 in 18.4 overs (Shikhar Dhawan 85, Prithvi Shaw 72) by 7 wickets